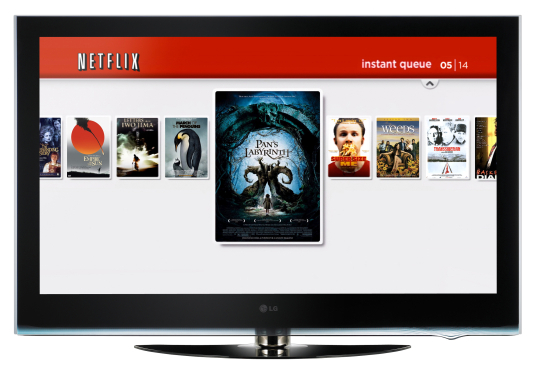 Netflix – The way of the future

One of the coolest new media companies that has started to shine lately is Netflix.  A company built on a simple idea; Sending DVDs to people who want to see them. I have been using the service for over 8 months and am thoroughly impressed with them. I am going to lay out some of the ways I have been using it and why I plan on keeping the service.

One of the things that sets them apart from other services is how well it works across almost any device you may have. We watch Netflix mostly on our PS3 but you can watch it on your computer , Wii, xbox, apple tv; the list goes on. One way I use netflix is playing something on the iPad while I am putting our 3 month old son to sleep. The iPad and Netflix work so well together. It was a match made in heaven.

TV shows is an area that Netflix stands out most. They have just about any show you may want to watch and you don’t even have to ask for the DVD. They just stream it to your house -instant gratification. You don’t have to keep large files and you don’t have to pay for the whole dvd set. Some of my favorites have been Lost, 24, and Avatar the Last Airbender.

One place the service can use some work is their instant stream library. They have a lot of movies but I still find my wife wanting to go to the redbox down the street to get the newest DVDs. They are always adding new movies and this will only get better in time. I recently heard them making a big deal with Disney. That will really be awesome.

Netflix is a must have service for anyone who likes to watch movies you can get a 4 week free trial just to check it out and cancel if you don’t like it. Stop wasting money on movies your only going to watch once just stream it to your house via Netflix.